You've all probably heard about Apple's attempts to thwart iPhone 4 users from opening up their own devices, thanks to their sly maneuvers in switching out everyone's screws with those funky pentalobular screws.  But one thing Apple will never learn— they will never have complete control.  Where there's a will, there's a way.  And if someone wants to fix their own iPhone or modify it slightly, they're going to do it, regardless of what screws bind it together.

But now pentalobe screwdrivers are popping up everywhere, thanks to some help over at iFixit.

It's similar to a Torx—except that the points have a rounder shape, and it has five points instead of six. Apple's service manuals refer to them as "Pentalobular" screws, which is a descriptive enough term. It's certainly better than what I came up with, which was "Evil Proprietary Tamper Proof Five Point Screw." It's best I stay out of the naming business. 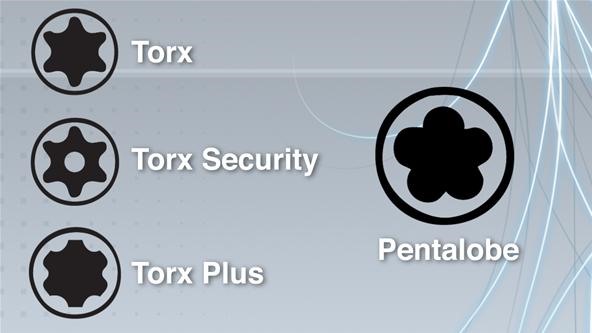 Contrary to what has been widely reported elswhere, this is not a security Torx screw. Security Torx have a post in the middle. Apple would never use a real Torx security screw with a post for two reasons: they're ugly, and the posts break off easily with screw heads this small. To further complicate matters, Apple occasionally refers to these as "Pentalobe security screws." Please don't confuse them with security Torx.

The iPhone 4 has one of the smallest screw heads we've seen, probably for cosmetic reasons. This 5-point Pentalobe screw is actually slightly smaller than a Torx T1. Yowsers that's tiny. The shape looks a little rough because this tiny screw is giving Apple's manufacturing process a run for its money.

iFixit themselves first started selling pentalobe screwdrivers in their iPhone 4 Liberation Kit. Watch the video below for information about it and Apple's new torture screws.

If you want to purchase a pentalobular screwdriver, you can from iFixit, as stated above, but now there are other places to turn to on the web.  Here's a few of them.

Once you have your iPhone 4 pentalobular screwdriver, you can follow iFixit's replacement guide to learn how to switch out the pentalobe screws with regular Phillip's head screws.

Click through for the guide to "Replacing iPhone 4 5-Point Pentalobe Screws". 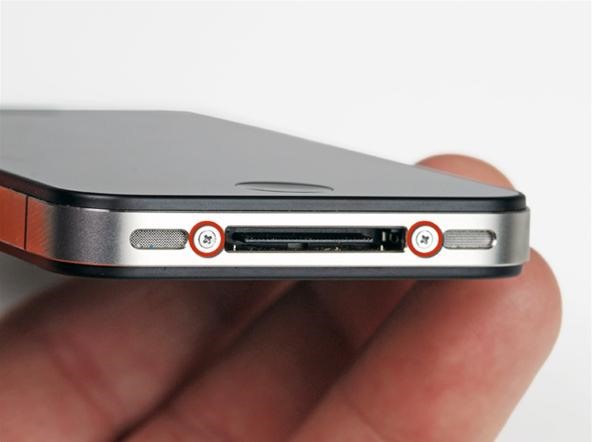