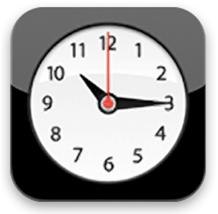 Many of you who tried to wake up to your iPhone's alarm clock this morning didn't.  Reports say that after the stroke of midnight last night, the alarm clock application on all iOS 4 devices simply didn't work— unless you set a recurring alarm.

Something like this happened to iOS device owners during the daylight savings time in November, but this time it's only affecting one-time alarms.  No matter if you had iOS 4.2.1 on your iPhone 4 or 4.0.2 on your iPod Touch, if you set a single alarm, you probably slept in. 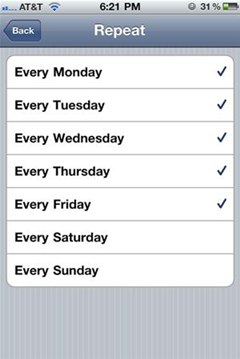 But there is a temporary fix.  Even a permanent fix, if you can wait.

Engadget was the first to announce this temporary fix, where you simply set your alarm for repeat, then disable it once you've been woken up.

Whether it's accurate or not, 9to5 Mac reports that this alarm clock bug will self-fix on January 3rd.  But until then, just set recurring alarms.  If you wake up at the same time everyday, you probably already use them.

Despite its potential self-fix on the 3rd, Apple still needs to look into this bug, or they could change the name of "smart"phones forever.

Or you could just stop using Apple's alarm clock app on your iOS mobile devices and opt for another one.  Computer World has a list of 6 alternative Apple iPhone alarm clock apps that you could use instead.

UPDATE: The Washington Post reports that the iPhone alarm problem is still occuring, with iPhone users still in alarm dismay on Jan. 3rd, the date of the supposed self-fix.  Apple is working on resolving the iPhone alarm glitch, but no word on a patch date.